After 2 days, 3 flights and 5000 miles we arrived in Chitwan, our home for the next couple of days. The airport was effectively just a small corrugated iron shed however the welcome committee was somewhat more impressive. Our bags were taken from us and a flurry of smiling faces, namastes and hand shakes ensued. I’m not sure who they thought we were but the only other time I’ve had a reception like that was at our wedding. The group was made up of a few supporters of the charity including friends Carole and Geraint, and a number of Nepalese spinal surgeons and doctors. It was 2pm and we had a lot to see before the day was done so politely we were ushered to the cars and whisked off to begin the tour. 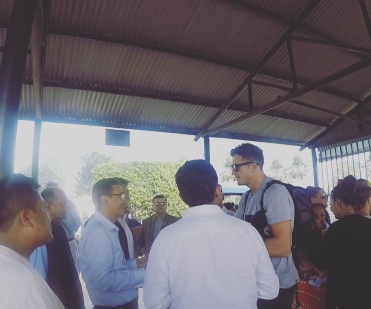 The first stop was the proposed site for the new spinal unit. Chitwan itself is in the lowlands of Nepal and is surrounded by jungle and a large national park. The site backs on to the river that borders the national park and although only 50m from the road feels as though you are in the middle of the jungle… I was already inspired.

Staring up at light filtering through the giant cotton tree canopy I remembered back to my time on the ward and how lucky I was to have Horatios garden. After you’ve been inside in a bed for weeks or even months, feeling the sun on your face or breathing fresh air can be positively life affirming. Well this outside space is extraordinary and the thought of having a spinal unit surrounded by vines, birds and monkeys, well….

After we were done looking around and dreaming what might be we were treated to a lovely lunch at a nearby hotel. Stories were exchanged, a couple of beers were drunk and the tiredness started to set in.

Two days travelling and jet lag had eventually reared it’s ugly head but I closed my eyes last night with a vision and what an exciting vision it is. ✌️🇳🇵 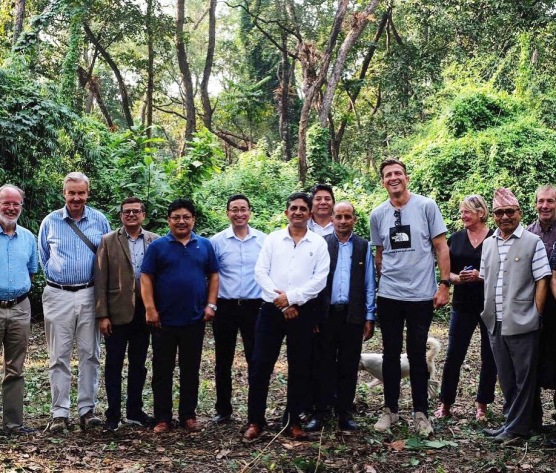