Contemplating a life without purpose became one of the most valuable process’s I went through after the accident. I lay awake for hours at night wondering if I would ever be of value to anyone again. Was I just going to be a burden for the rest of my life? It became a real possibility in my head and it made me feel sick. As time progressed and I started to realise that there was an opportunity for some good to come from this situation I said to myself that I would never say no to something that carried intrinsic value again. Whether it was valuable to others or valuable to me as long as there was tangible good coming from the situation then I was in.

So I started saying yes to everything.

From public speaking to riding the subway in my wheelchair I was finding myself doing things that I had never contemplated before and it was empowering. Fast forward a year and I’m the channel 4 rugby reporter, ambassador for two charities, motivational speaker, blogger, mentor, co founder of a not profit company and working part time in the city. Quite difficult to fit in a linked in bio. It’s a privilege to be busy but in the last couple of months I felt things starting to slip, important things. First of all I never seemed to be at home. I soon noticed that the two days in London quickly turned to three, then four days. That in itself was fine but with the charity work and setting up a business at the same time I soon noticed that it had been 2 weeks since I had seen a physio, then three, then a month. Anxiety started to creep in and I began to question if I was doing the right thing or if I was on the right path. There was nothing going on that I didn’t feel was valuable, all I knew is that I couldn’t continue to be in a position where my recovery was being effected. I would get up at 6:30 to go to the gym and I wouldn’t shut my laptop until I went to bed, I had lost sight of the bigger picture. All of those months of saying yes to things had caught up to me.

I thought back to hospital and an important lesson I had to learn about energy management. I discovered that to get the most out of my week I had to limit the amount of things I did each day so that I didn’t burn out. Essentially I would do 3 or 4 things at 100% rather than 9 or 10 things at 60% and by the end of the week I had yielded much better results. Well it was time to put that back in to practice. I literally wrote down everything that I was doing and graded each area based on three factors:

I weighted the factors differently based on their importance to me and ended up with a score next to each activity. Just to be clear the lower the time commitment the higher the score out of 10, the other two areas correlate. The results were unsurprising but it was nice to confirm what I already new; I had to take time back from London so I could re-engage with my rehab and Lois. I had to find a balance where I could spend time on the non negotiable’s.

So here I am sat at home on a Tuesday evening with the dogs, writing, and waiting for my wife to come home. I have trained twice today and done physio, worked on the charity as well as spend plenty of time outside and have an in depth conversation with a stranger; all of which score very high for me… and guess what, I’m happy.

Coming from nothing I wanted to do everything, all of these exciting new doors were opening and I wanted to run through them all but I now know that’s neither possible or sensible. I’m incredibly lucky to be in a position where I have things going on that add value to not just my life but potentially other peoples as well. True value isn’t about making money, it’s about making a difference. Focus on that and the rest will look after itself.

If you find yourself in a similar position, uninspired or just at a crossroads maybe try this grading exercise. You may be happy with the results, you may not, but at least you’ll know what your gut is telling you and believe me your gut never lies! 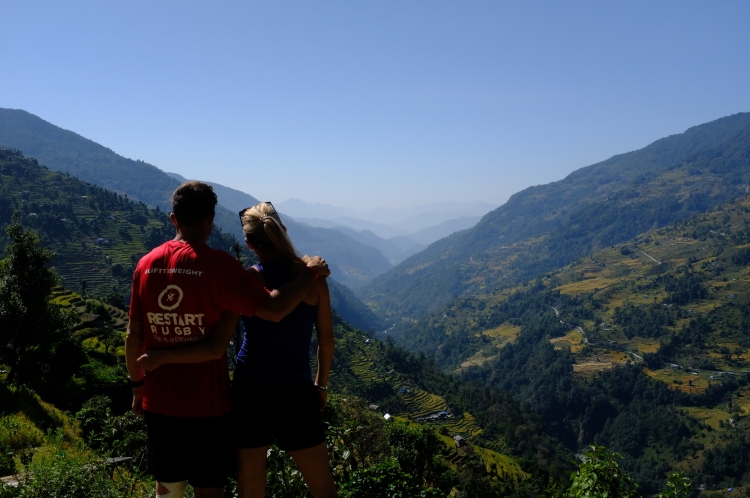